Verizon and AT & T ready to Launch LTE 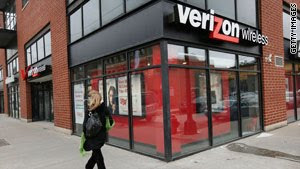 Verizon Wireless last week said the 4G technology will be held in 30 cities in the United States at the end of this year. While AT & T said this technology would be rolled middle of next year. Not to be outdone by the two operators, Sprint Nextel will be held immediately after the WiMAX 4G technology.

Verizon Senior Sales Executive Bernie McMonagle said the company would have a wireless network in 30 National Football League city. "The rest is in some countries in 2013." McMonagle said in a meeting in Maryland.

While AT & T CEO John Stankey said its readiness to launch its LTE technology. "We're running in Baltimore and Dallas," he said. At initial launch of Verizon's 4G network has a speed of 5 to 12 Mbps downloads and 5 Mbps upload speeds.
LTE Operators Sprint Technology Verizon WiMAX