"4G War" in the United States 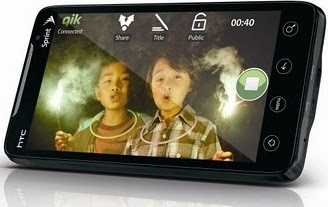 War of the fourth-generation mobile services (4G) at this year broke out in the United States (U.S.). Battle of 4G is not only involve different cellular operators, but also the standards of different 4G technologies as well.

Cellular operator which currently has expressed a commitment to deliver 4G services in the U.S. there were three. They are Sprint Nextel Corp., Verizon Wireless Inc., and Metro PCS Communications Inc.. The three mobile operators battle it becomes hot because they do not use the same 4G technology. For example, Sprint is committed to release a smartphone 4G service in mid-2010.

To win the battle, Sprint has worked with producers of the world's fourth-largest smartphone, HTC Corp., and the company of the world's largest Internet media, Google Inc.. The result of cooperation is the third giant named HTC smartphones Evo 4G. Predictable, that the smartphone handset manufactured by HTC, while using the Android operating system, developed by Google.

"HTC Evo 4G is the best result of cooperation with Sprint's HTC, which had been going on since long. For, a combination of innovation and Sprint HTC allows people to do more while on the trip," said Chief Executive Officer Peter Chou, HTC Corp..

Sprint is different than that already explained in detail the strategy battle 4G, Verizon and Metro PCS was still shy. As the largest mobile operator in the U.S., Verizon is only revealed, LTE services it will begin offering in the U.S. at the end of 2010. Verizon adds little, LTE service from Verizon at first will only be enjoyed by the user's computer because Verizon 4G network in 2010 will only be accessed using a modem.

Verizon promised, the smartphone will be able to access his own 4G service began early in 2011. You're welcome to use LTE 4G network technology, the same Metro PCS with Verizon in discussing 4G. About the time the launch, MetroPCS said it will release only LTE services ahead of Verizon. About the date, Metro PCS until now not yet reveal.

However, MetroPCS and Samsung are still keeping a prepared smartphone to access the LTE services. MetroPCS reveals only networks, LTE 4G mobile internet that will offer a speed ten times higher than 3G. The same claim was also expressed Verizon. As a result, based on claims Sprint, Verizon, and Metro-PCS, it can be concluded that the 4G mobile Internet network in the U.S., either using WiMAX or LTE technology.

At the beginning of their presence, will have a speed ten times higher than 3G. Research firm International Data Corp. (IDC) reveals, the battle between WiMAX and LTE will not only happen in the U.S., but will be extended to other regions, including Asia Pacific.