The Characteristic and The Business Model of TV/Video Services 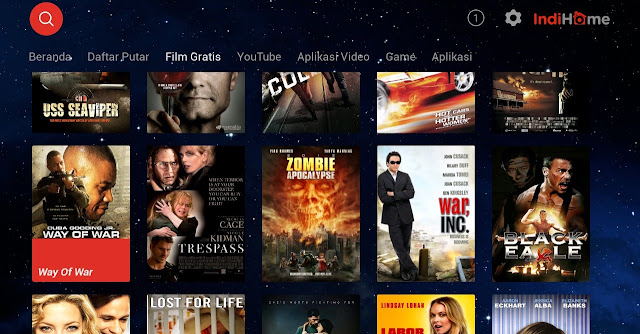 Subscription video on demand (S-VOD): Services characterized as a stand-alone, internet-based and best-effort offering, whereby the customer pays a monthly subscription fee in order to access a library of content, are S-VOD.

Transactional video on demand (T-VOD): Services in which the customer pays a fee for limited-time access rights to a specific title or series, often referred to as a "rental," are T-VOD. T-VOD services can be delivered over the managed network of a pay-TV operator or through internet-based, best-effort providers. Gartner forecasts include only limited-time rentals, and do not include electronic sell-through (purchasing of permanent viewing rights).

Netflix: Netflix is the largest subscription-based VOD operator worldwide, available in almost every country except for China, North Korea and Syria, and the Crimea territory. It offers video streaming services worldwide and video rental services in the U.S. In addition to hosting the largest library of syndicated video content among S-VOD services, Netflix has an extensive library of original content that is exclusively available on its service.

Amazon Prime Video: This is Amazon's S-VOD and T-VOD video streaming service. Members of Amazon Prime are granted automatic and unlimited access to the company's S-VOD service, which can also be purchased without Amazon Prime for $9 per month. Like Netflix, Amazon is working on developing an expansive library of original and exclusive content. In addition to S-VOD services, Amazon Instant Video offers an extensive library of T-VOD content for rentals or electronic sell-through.

HBO Now: This stand-alone video streaming service, launched in April 2015, offers all of the content featured on HBO to U.S.-based customers. The service allows customers who don't have a traditional cable or satellite connection to access HBO's library of original series, movies, specials and documentaries.

Showtime: Like HBO, Showtime now offers consumers the ability to subscribe to its service via an application, independent of their traditional cable or satellite service. This stand-alone service, launched in July 2015, offers Showtime's entire library to U.S. customers with both live-streaming and VOD viewing options.

Comcast Xfinity: Offered by the largest cable operator in the U.S, the Xfinity service offers access to linear and on-demand content for TV, and streaming online for mobile devices. Comcast also offers its customers an extensive library of T-VOD content for rental or electronic sell-through.

Sky: The largest pay-TV operator in the U.K., Sky launched its online streaming service (Now TV) in July 2012, which offers Sky's library of movies, entertainment, sports and children's packages to consumers without a contract. In addition to selling a box for the service, Now TV can also be streamed to mobile devices.

Hulu: Hulu once supported one of the largest advertising-based VOD libraries in the industry, but as of August 2016, it has gone exclusively to S-VOD in order to focus on expanding into original content, and obtaining exclusive acquisitions and movies. Customers still have access to their large library of syndicated and new content at the price of $8 per month with commercials and $12 per month without any ads.
Business and Marketing Digital Platform platform technology TV/Video