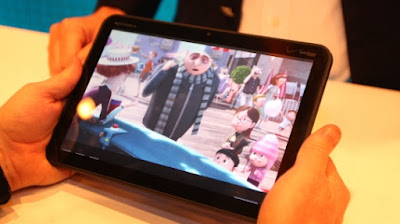 Good news for those who have or plan to buy a tablet based on Android, Motorola Xoom. The tablet is prepared to support the fourth-generation networks (4G) Long Term Evolution.

Motorola officially announced support for 4G, for all of Xoom are bundled with Verizon Wireless service operators. Motorola and Verizon formed a partnership for bundling data services since early January.

Xoom is a tablet which operates with the Android operating system 3.0 or Honeycomb. This operating system created specifically for carrying out various features on the tablet in a more optimal.

Motorola Xoom uses dual core processors, each with a capacity of 1 gigabyte. The tablet will also support high definition video with 1080p and HDMI. Motorola complement this tablet with two cameras, one in front and one behind.