Nokia will Use Microsoft Windows Phone 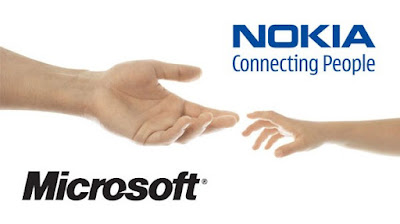 Nokia Phone will certainly use Windows as the primary platform product development. This is one of the strategic points of agreement between Nokia and Microsoft, announced together in London on Friday (2/11/2010).

Earlier, Nokia was still faithful to use the Symbian platform as the brain in smart phones. Nokia-Microsoft combination would be a new force in terms of scope and scale of the mobile phone business. Now the fight in the mobile world dominated by three fighter: Nokia-Apple-Google.

Nokia also confirmed will use Microsoft's search engine, Bing, in the whole cell. This is a good opportunity for the Bing who was defeated in competition with Google.
English Mobile Nokia