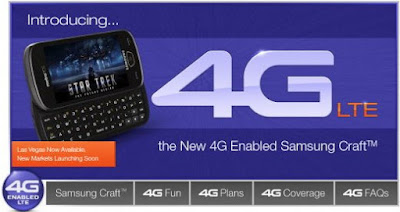 In the cellular infrastructure market 4G, LTE fight with the technology worldwide interoperability for microwave access (WiMAX)). ABI Research believes, the use of LTE in the world will far exceed WiMAX in 2015. Because, ABI Research explains, the installation of WiMAX base station in the world in 2015 will only reach between 69,000 units to 90,000 units, a stark contrast to the installation of 600,000 units during the same stationpada base.

In harmony with ABI Research estimates, research firm International Data Corp. (IDC) estimates, spending in the world LTE equipment will exceed WiMAX in 2011. IDC explains, LTE increasingly popular due to the support of more than 100 mobile operators in the world, including nine of the ten largest cellular operator in the world. "The world tends to LTE since LTE standard promises to speed and greater capacity than WiMAX, in order to offset the spike in mobile data traffic growth. LTE also become an important part in your efforts to present a more cost effective services as well as reliable," said Research Manager of Wireless and Mobile IDC Infrastructure Godfrey Chua.

ABI Research added, WiMAX users in the world will reach about 59 million people at first glance 2015.Kendati 59 million subscriber numbers look great, ABI Research rate, the rate of growth was the adoption of WiMAX is far lower than originally estimated.

"WiMAX Growth does not occur as quickly as we hope in a few years ago," said ABI Research Analyst Research Inc. Xavier Ortiz.

ABI Research explains, the adoption of WiMAX growth faltered not because of technology. However, ABI Research asserts, the main booster of growth of adoption of WiMAX real economic and psychological factors. "Investors are still worried the world will again hit by recession as happened in 2009. Therefore, investors are delaying investment in the development of WiMAX infrastructure. As a result, are not forthcoming WiMAX service for consumers," said Ortiz. ABI Research acknowledges, WiMAX position at this time was increasingly pressured by the LTE.

One of the most obvious example is the Russian carrier Yota WiMAX Ltd had left and turned to look at LTE.ABI Research, Yota has long offered 4G mobile WiMAX in Russia.

But after attending LTE, WiMAX Yota left. Evidently, Yota using LTE technology, rather than WiMAX, in 15 major cities in Russia, which stretches from Moscow to St. Petersburg. Yota LTE network construction is expected to be completed in 2011. "Step Yota This is the first sign that WiMAX start ditinggalkan.Akibatnya, the future of WiMAX was now a big question mark," said ABI Research Inc. Practice Director Philip Solis.

ABI Research rate, the biggest threat on WiMAX at the moment comes from the type TD-LTE technology LTE (Time-Division Duplex Long Term Evolution), which is being developed Qualcomm Inc., Huawei Technologies Co. Ltd., and ZTE Corp.. ABI Research explains, TD-LTE, WiMAX deadly big risk, because TD-LTE can operate on the same bandwidth with existing WiMAX networks. As a result, the WiMAX operator becomes easier to move to LTE, through the TD-LTE technology.

"However, TD-LTE technology is still in development stage. But if TDLTE proves successful, then the number of WiMAX operators are no longer resist move to LTE," said Khanna.

However, ABI Research believes, most of the WiMAX infrastructure will be changed into TD-LTE through the upgrade process, not a replacement, if the operator chooses. WiMAX and LTE faction fight fiercely to win 4G technology standard for 4G services promise huge revenues.

However, ABI Research has warned, Alvarion is not safe because of the dominance of Samsung Electronics Co. Ltd. is able to stick strictly to the second position. Furthermore, Nokia Siemens Networks (NSN) occupies the third position, fourth position Huawei, and ZTE came in fifth.
4G Business English LTE WiMAX