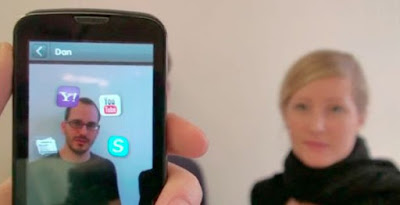 Rumors about the certainty of the latest generation of the iPhone 5 will be realized, at least it was after a spread of information among gadget lovers.

Previously rumored that the iPhone 5 will be released on April 1, 2011, but a reliable source at Apple, convey that the latest generation of Apple's smart phone will be introduced in mid-2011.

Reported by Softpedia on Saturday (20/11/2010), the iPhone 5 will reportedly be introduced at the WWDC 2011 in San Francisco, USA. This means that these phones will be launched in late June 2011.

Rumors say the newest generation iPhone will be equipped with the payment system via mobile phone.

Source Cult of Mac suggested if iPhone 5 will be equipped with technology called Near Field Communication (NFC). This technology enables the iPhone as a digital wallet and can make any payments just by touching the phone to other digital payment devices.

Besides planting the NFC chip, Apple also will present a feature that allows iPhone users to synchronizing data and settings from Mac to a smartphone, and then transferred back into the other Mac computer without a cable.
English Gadgets iPhone iPhone 5