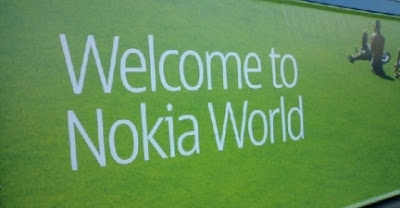 Nokia World 2010, which is a global-scale annual conference opened on Tuesday (9/14/2010) today. For this year's conference took place in London, England, for two days until tomorrow.

Nokia World 2010 focuses on meeting the developers of applications, as well as the discovery of new smart phone technology. This time followed by the 3000 conference participants.