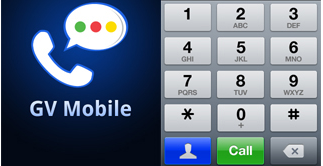 Last week, Google released Google Voice integrated with your Gmail account and try to compete with Skype as a telephone network provider website via the internet. Since the first time launched, Gmail users already make phone calls through Google Voice as many as 10 million calls.

So, if Google Voice will dominate this market through the internet phone?

Since Monday last week, a social media news site Mashable try to compare them with the reader survey, whichever is chosen by the respondent, Skype or Google Voice. The result?