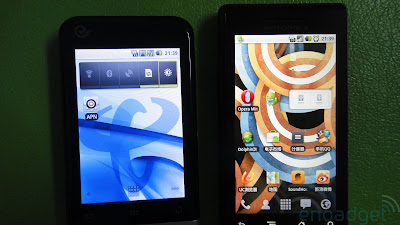 Interested? Android phone to support dual GSM-CDMA will be launched in China by China Telecom in the near future. Prices will be released for one unit CR-750 ZTE is 2500 Yuan or about U.S. $ 373, the price is quite expensive compared to China's Android phones generally, but it still seems reasonable to support two SIM cards on offer.
Android ZTE