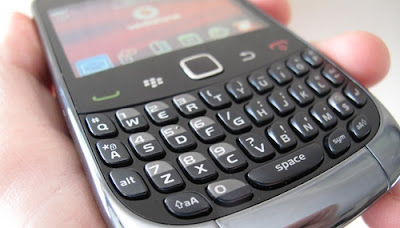 With the support of third generation technology, the BlackBerry Curve is able to access high-speed data or High-Speed Downlink Packet Access (HSDPA) networks around the world. "3G BlackBerry Curve is designed to provide a very attractive option and enables users to use the access from anywhere," said Mike Lazaridis, President and Co-CEO of RIM.

Support to the 3G network makes browshing activities faster, smoother streaming music, and able to talk on the phone while browsing, or accessing the fuel of the social networking site.

Almost the same as previous BlackBerry Curve, BlackBerry Curve 9300 3G also features a QWERTY keyboard, trackpad for optical navigation, a built-in GPS and Wi-Fi (R), as well as media button that allows users to access content they like, for example music .

This smartphone is also embedded camera that can record video and has a microSD memory card / SDHC up to 32 GB for a single.

Almost the same as the new BlackBerry 9800 Torch was launched last week, the BlackBerry Curve 3G will be released into the market early this month.
BlackBerry RIM