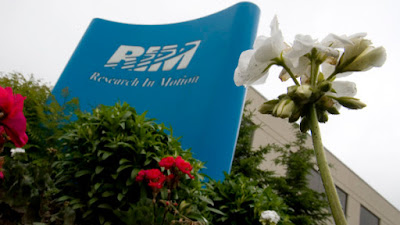 Blocking Issue BlackBerry services in various countries, it turns out bad for the conditions affecting the stock and Research In Motion (RIM).

As quoted from the site EconomicTimes, the value of the shares of Canadian companies, fell to U.S. $ 2.7 billion in just two days, along with the emergence of the issues blocking the BlackBerry service in Indonesia. Losses on stock value was based by the number of RIM shares in May.

RIM is currently grappling with the problem it was blocking. No less than Saudi Arabia and United Arab Emirates to block the BlackBerry service, because these services do not allow state government to be able to control the flow of information through the service.

Although not to block, the Indian government is also demanding the same thing. Later, the Indonesian government also urged that RIM is building a local server in Indonesia that the government could also contribute to supervise the data on RIM's service.
BlackBerry RIM