Zylo and Spiro - The Latest Walkman Phone from Sony Ericsson 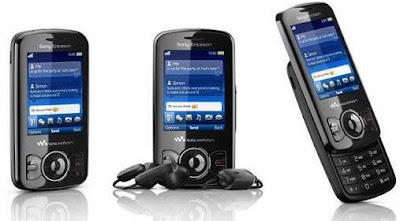 Zylo and Spiro is the first Walkman mobile phone Sony Ericsson released this year. With the design of the arch shape of the body (human curvature), slide keypad, Sony Ericsson tries to steal the attention of mobile lovers of music. Not only that, size 2.2-inch wide screen that makes Zylo and Spiro became a non-touch screen phones have ever existed.

With a target market of young people are active, the application Zylo and Spiro, will spoil them, especially for lovers of music and social networking enthusiast.

In audio format FLAC Zylo there that allows listening to music that has been compressed without reducing sound quality. There is also a call that music can add background music while talking calling and many other unique applications.
Sony Ericsson