CDMA iPhone will be Available in January 2011 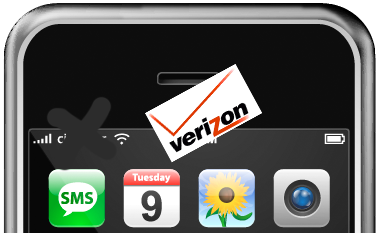 During this time, Apple's iPhone smartphone only works for GSM network. However, starting early next year, there kamungkinan CDMA network users can also use the iPhone.

Bloomberg informed that Apple will partner with Verizon as iPhone operator in the U.S. in January 2010. The news was surprising because verizon is CDMA not GSM operators like AT & T that became Apple's exclusive partner today. According to sources quoted, for a CDMA iPhone will be released in January 2011.
Earlier, the Wall Street Journal reported Apple developing two types of smartphone products in March. iPhone 4 has just been released and one other products for a CDMA iPhone that will work on Verizon's network.

Mentioned, a possible new production process will commence September 2010. This reinforced the other sources quoted by Taiwan's media, Digi Times, called the iPhone version of CDMA will be assembled in the fourth quarter. Its hardware components are being produced in one pegatron factory in Shanghai, China.