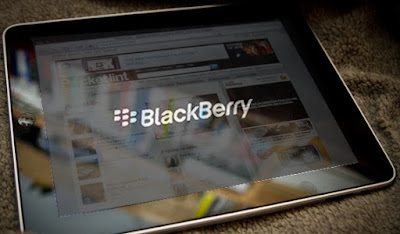 Apparently the manufacturer of BlackBerry. Research In Motion (RIM), does not want Apple Inc., their competitors, sell iPad alone. As is known, is now iPad hard sell in the market. RIM is rumored to be immediately issued a similar PC Tablets, which was named BlackPad.

RIM's new domain to register the two or three days before the making of that domain. BlackPad.com previously owned by someone else and had changed hands as well.

According to the site MobileChrunch, RIM will make domain name as a tablet computer homepage that will launch at the same time making a name blackpad as "trademarks" PC tablets.

Besides can be used in its products, other possibilities of purchasing BlackPad.com was merely to prevent abuse. This is because the rumors BlackPad name, for tablet BlackBerry long enough to circulate.

Notes from the Wall Street Journal explained that the tablets of this BlackBerry will use a 1 GHz processor. Tablets of 7-inch touch screen will be supplied with 3G connectivity and dual 16-megapixel camera and support for images and 3D graphics capabilities.
BackPad BlackBerry RIM