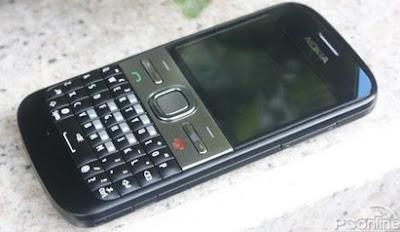 An Electronic Mall in Shenzhen, China shows Nokia E5 was obtained from a person who claimed to be from the manufacturers of accessories.

Phones that attracted fans of Nokia is also proved to have the same specifications as with the previously rumored 600MHz processor, 2.4-inch screen, wifi, HSDPA, 256MB RAM, 512MB ROM, and 5-megapixel camera.

When viewed from the specifications, this phone includes a high specification and has smartphone features Email Clients: Yahoo Mail, Gmail, Hotmail and Ovi Mail.

Nokia E5 was reportedly again been able to get on the Mall in Shenzhen Huaqiang North Road with a very limited inventory, starting tomorrow at 8am.

Wow, so many will be queuing up to get these exclusive mobile phone. It also said mobile phones will be sold at $ 441. Could not be ascertained whether the price is also the official price of Nokia E5.
Nokia