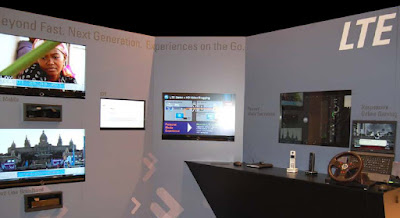 However, Strategy Analytics predicts, a global cellular modem market in 2014 will be dominated by technology, 4G (fourth generation), especially the standard LTE (Long Term Evolution). Strategy Analytics confirms, LTE will dominate the cellular modem market globally in 2014 because at that LTE will dominate the global market share of around 42 percent.

Strategy Analytics added, LTE modems will be planted on a variety of gadgets such as notebooks, netbooks, and tablets, as well as sold independently as a cellular modem USB berkonektivitas. Thanks to support LTE, Strategy Analytics reveals, the use of the global cellular modem, either new or old, in 2014 will reach approximately 415 million units.

In 4G mobile internet network market, LTE technology must compete against WiMAX (Worldwide Interoperability For Microwave Access). But as the relatively new technology, LTE, WiMAX was able to corner, which was much earlier than LTE comes on the market.

Research firm International Data Corp. (IDC) found that this year there will be more than a dozen new LTE network in the world. IDC also estimates, spending would exceed the LTE equipment Wi-MAX in 2011. IDC explains, LTE, getting stronger because of the support of more than 100 mobile operators in the world, including nine of the ten largest cellular operator in the world.
4G Digital Platform LTE