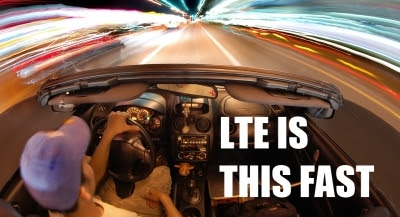 TD-LTE network that offers data download speeds 10 times faster than 3G networks have been used to serve the needs of data access exhibition at the prestigious event, the Shanghai World Expo Park in 2010. The network will be tested to serve more than 70 million visitors in attendance throughout the exhibition. With this technology, visitors can have access to various broadband services moves, including the transmission of High Definition Video, HD video conferencing, HD video-on-demand (VOD) and HD live broadcasting.

"This TD-LTE/SAE Network is one of the most interesting innovations were made in this exhibition," said Li Changzhu, vice president of China, Huawei, Dalma, a press release received KOMPAS.com, Thursday (06/05/2010) . He said this also Huawei's commitment to provide broadband access technologies are advancing to the consumers from all over the world.

TD-LTE-based inter-site and inter-cell switching has been demonstrated Huawei since May 2009, at the same time signifies a big leap toward commercial use of TD-LTE mass. To date, Huawei has entered into more than 60 LTE networks, including those of commercial nature and experiment with the leading operators from around the world.