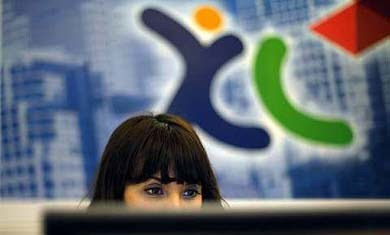 Telecommunications operator XL Axiata will test the mobile broadband network of its fourth generation (4G) in Indonesia by using technology Long Term Evolution (LTE) in the second half of 2010.

Roadmap LTE network build, will be launched XL, through the initial agreement with the network vendor Ericsson for technical studies together, well tested benefits, any time soon.

"XL is very serious to study the possibility of applying the LTE technology in Indonesia," said President Director of XL Hasnul Suhaimi on the sidelines of preparatory agreement with Ericsson's LTE trial in Jakarta on Monday (4/26/2010).

To perform these LTE trial, both parties are still going to wait for the process of licensing from the government. The trial is scheduled to be held in the second half of this year.

In this trial, Ericsson will provide the tools and manpower experts. In addition, LTE trial will also be involving government and education, through encouraging academics and universities.
4G LTE Operators XL