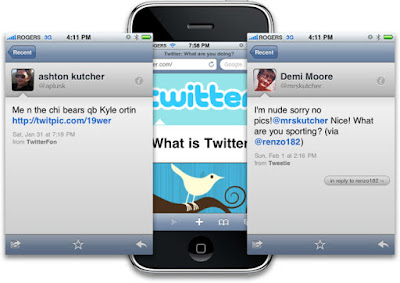 Some time ago, Twitter also launched its own client software for BlackBerry users, that is Twitter for BlackBerry. However, when compared UberTwitter or Seesmic, its function is far more simple.
iPhone Mobile Twitter