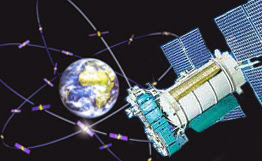 This year, Russia will increase the launch of satellite navigation. Seven satellites will be launched in stages over a period of one year.

"Until the end of this year we plan to complete the launch of seven new satellites so that the total number of operational satellites that we have reached 28," said Russian Prime Minister Vladimir Putin, as quoted by AFP on Wednesday (7/4/2010).

Later, continued Putin, 28 satellites, which are often referred to as the Global Navigation Satellite System (Glonass) will provide information on navigation and other satellite data information needs required Russia and the world.

Glonass project itself is a Russian initiative for the benefit of its military, launched since 1980. Glonass is currently focused to beat the performance of the satellite Global Positioning System (GPS) belonging to the United States (U.S.). If successful overthrow of GPS, Glonass will also face competition with Europe's Galileo satellite.
Satellite