LTE will be Present in Indonesia in 2011 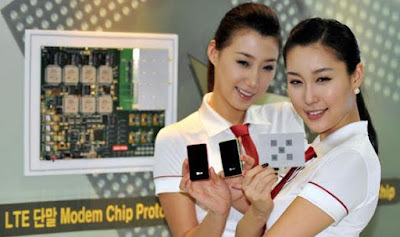 Long Term Evolution (LTE) is an innovative technology that are expected to become the fourth generation (4G). What is the chance of this technology implementation in Indonesia?

According to Henrik Brograard, Head of Sales Nokia Siemens Network Indonesia, the future of LTE in the country is still depending on the various parties involved.

For example, if viewed from the side of the network operators and vendors, they are deemed to have been prepared from the infrastructure, hardware and technology. But if it is viewed from the perspective of consumers, then it still must wait.

One more, according to Henrik, who holds an important role in the implementation of LTE in Indonesia is from the government side as the regulator. "If I see it from the regulator is still fifty-fifty, because they are still trying to organize the frequency," he said.

"I predict the end of this year and first semester of 2011, the operator shall conduct testing. And at the end of the year 2011 will be tested LTE limited in scope," said Henrik.

Optimism is certainly not without reason. Because for the adoption of LTE when viewed from the hardware vendors are ready. In addition, telecommunications operators in Indonesia are also considered to be successful in holding HSPA + technology is capable of distributing data at speeds up to 21 Mbps.

"I even dare to say that Indonesia will become the country with the largest LTE implementations," Henrik asserted.
LTE