June 22, the iPhone 4G will be Released? 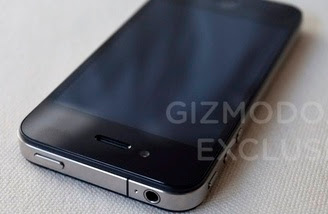 Leakage, the iPhone 4G to the editor of Gizmodo hands raised speculation that Apple has actually mass-producing such handsets. In fact, Apple has ready to release it on June 22, 2010 next.

As is known, employees of Apple, Gray Powell left the handset is claimed as the latest generation iPhone was in a bar nuanced Germany, Gourmet Haus Staudt in Redwood City, California. After the incident, speculation about the iPhone 4G began to appear.

Digitaltrends, Friday (04/23/2010), launched the iPhone is not a prototype, but the final product. Based on data and analysis revealed a number of observers, judging from the reaction to Apple immediately deliver a written objection and request Gizmodo restore it stands to reason Apple has been producing mass.

Not to mention, when viewed from the barcode found on the mobile phone is disclosed Gizmodo, it seems that it is the latest generation iPhone. One of the barcode it says 'N90_DVT_GE4X_0493'. Writing 'N90' is the code name for the GSM iPhone 4G which will be released in June or July 2010 this year. While DVT code refers to the 'design verification test' conducted for Apple products.
iPhone