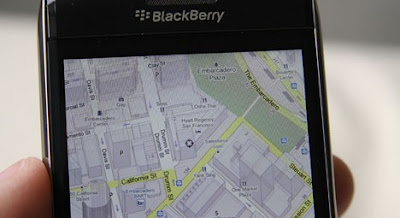 Google updates Google Maps for Blackberry services and adds some new features. This update was done simultaneously with the availability of Google Maps for operating systems Apple iPhone and Google Android.

Mashable reports that Google Maps version 4.0 has many interesting capabilities. Among other searches with voice commands, Buzz Google social networking service, and so forth.

Blackberry Owners can now find the location by giving voice commands. This command can be a phrase or address. Previously, this feature already exists for the iPhone and Android.

Additionally, Google Maps 4.0 also features Google Buzz for your mobile phone. This social networking service will focus on the geological features of Buzz. This means the owner of Blackberry can find out and inform you about what's happening around the location.

This latest Google Maps also allows users to personalize your Blackberry and save the result of storage. Blackberry owners no longer need to type a long address if it is ever to find the address before because Google will provide some search suggestions.

This application can be downloaded from m.google.com/maps from Blackberry devices.
BlackBerry Google