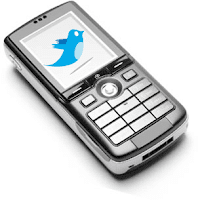 According to data reported by comScore, March 4, 2010, at the same time, MySpace falling further behind than the two competitors in the segment of mobile users.

In the United States, mobile users who access Facebook doubled to 25.1 million in January 2010 over the previous year.

Although only reached 4.7 million users, but Twitter to grow four-fold in that period. As for mobile users who access the MySpace website, down 7 percent to 11.4 million users in the period.

Overall, 11.1 percent of mobile users in the United States who visited social networking site in January. Rose from about 4.6 percent a year earlier.

Most of the growth was driven by widespread use of the current smartphone interact via mobile web. Nearly a third (30.8 percent) smartphone users visit social networking sites via their handsets. The number rose from 22.5 percent in the last year. Compare this with only about 7 percent of mobile phone users who visit social jajaring.

"Activity in the social networking sites remains one of the most popular and is the behavior of the fastest growing both in the user's PC or mobile users," said Mark Donovan, Senior Vice President of Mobile comScore.