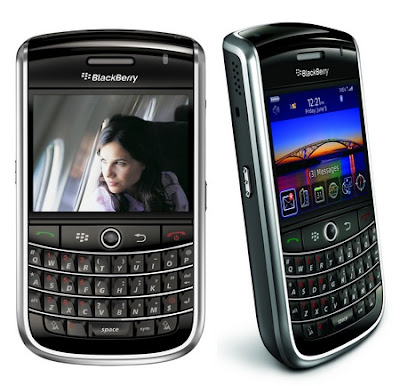 Tom Alamas Dinharsa, Head of Device Technology Smart Telecom tells the service BlackBerry Tour 9630 will target six major cities and dozens of other cities that have been cleared of technology evolution data optimized (EVDO) by Smart.
"Six of these are first-class city in the customer base of our data [such as Jakarta, Bandung, Yogyakarta, Semarang, Surabaya, Medan and Palembang]. However, we also expanded into dozens of cities already covered by EVDO service," he said after the launch today.

According to Tom, Smart played the position as a provider of BlackBerry service with unlimited quotas at an affordable price. It claimed the new service and unique because of five GSM operators and CDMA operators is 1 also play in the BlackBerry services market, Smart Telecom, which provides data access services at no additional cost.

CDMA BlackBerry Smart, he said, not just be used as tools for messaging, or social networking but also as a modem, browser, and applications.

"This is our differentiation, where there are different niches in which we play in the data while a new application to provide new Internet experience to the customer," he explained.

For example, the BlackBerry Tour 9630 provided an application that provides information which is becoming a movie triller, and customers who want to see TV or video or audio stream is no longer an additional charge.

Smart became the first CDMA operator which provides a multimedia-capable BlackBerry is equipped with performance features and reliable wireless solutions such as service email, messaging (IM, SMS, MMS) and social networks (including Facebook and MySpace), as well as built-in global positioning system (GPS).

Services that use the name Great BlackBerry Smart is available to customers with prepaid and postpaid Rp8.000 charge per day or Rp180.000 per month.
BlackBerry CDMA Smart