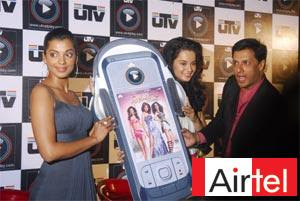 Bharti Airtel Ltd to submit formal bids for the purchase of some assets of the plan wireless company Zain Africa worth U.S. $ 9 billion in the week after the company board approved the transaction yesterday.

One source of Bloomberg, said Zain, the largest telephone company in Kuwait, may be asked to provide legal protection for the unrest in Nigeria. Bharti and Zain settlement was discussed behind closed doors until March 25.

Another source adds Bharti Council does not provide a detailed explanation at the request of this protection, but basically satisfied with the council said the bid proposal compiled and delivered the company's management appreciation to Nigeria.

With the deal, Bharti new customers will increase as much as 42 million people in 15 African countries. This transaction is the third attempt Bharti entered Africa after two previous merger attempt with MTN Group Ltd. of South Africa failed.

Bharti to expand business overseas after the domestic competition is reduced, where the value of phone use over 122 million homes in the country's population decreased about a half U.S. cents per minute.

"I do not expect material losses in Barthi these transactions. This is a bid made in accordance with guidance the company board, so this proposal is not surprising," said GV Giri, analysts IIFL Capital Ltd. in Mumbai.

He added it was possible to pay extra U.S. $ 1 billion to U.S. $ 1.5 billion, but by cutting costs, the company can cover the difference in value. Giri managing rank 'buy' on the company's shares.
Bharti Business