39% of BlackBerry owners will Switch to iPhone 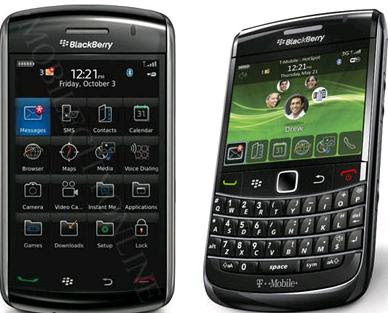 A study released this week from Crowd Science found that 39 percent of respondents who have a BlackBerry say they "definitely or probably" will switch to the iPhone if they have to buy a new handset.

While 29 percent said they are not sure, while 31 percent is not possible to buy the Apple handset.

The survey was brought better news for Apple, because 92 percent of iPhone users said they were satisfied with their purchase and will most likely buy another smartphone than the iPhone.

Users of Google's mobile operating system Android is also satisfied, with 87 percent saying they would buy another Android handset. In addition, 34 percent of BlackBerry owners are considering to buy Android phones if they want to make a purchase directly.

This study of 1140 respondents to a web site serving more than 20 million unique visitors. As many as 44 percent or the majority of respondents were users of traditional phones and not smartphones.

This is not the first study to find the high level of satisfaction on the iPhone. In August last year, a survey found that 99 percent of respondents said that they were very satisfied with the latest iPhone models.
BlackBerry