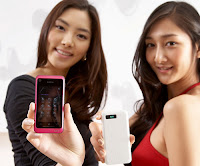 International Telecommunication Union (ITU) estimates that in 2010 the number of mobile phone users through the figure of five billion people. Until the end of 2009, the number of subscribers throughout the world service subscribers reached 4.6 billion with 67 percent penetration rate.

However, height growth of the Internet still leaves another problem. ITU saw the quality of data services, especially services between developed and developing countries is very unequal.

ITU Representative, Vanessa Gray reveals the economic crisis did not entirely undermine operators to invest. More service revenue derived from that used voice service is now supported by the data.

ITU also revealed that 26 percent of the world's population will be using the Internet. But in developing countries is only one of five people who use the internet, while the user remains in most developed countries.

Growth highest number of Internet users among others, India and China. As for the fastest internet service and a quality possessed by countries like Sweden, Luxembourg, Danish, Dutch, Iceland, Switzerland, Norway and the UK to continental Europe, while Asia only South Korea, and Japan is considered to have high speed internet service and quality.
Business