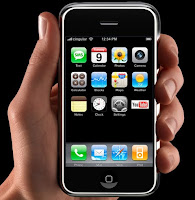 Last year, Apple products, iPhone, increasing the share of smartphone sales in world markets to increase 14.4 percent or 6.2 points from the previous year. Data refers to marketing research consultant from companies based in the United States, Gartner.

IPhone market share positioned behind the Symbian-powered smartphone from Nokia. Nokia mobile phone in the top position with 46.9 percent market share of the world, or down 5.5 points. The third position is occupied RIM BlackBerry gets increased 3.3 points at the end of the year to 19.9 percent.

This data is based on the estimate of the entire world. In the United States the BlackBerry and Apple's bigger than Symbian. and when he came to mobile web point, Apple and Android dominates 81 percent market share. According to Gartner, sales of Android phones jumped 3.9 points to 3.4 percent, but Android is still smaller than the Windows or Linux device. The market share of this mobile OS, decreased 3.1 and 2.9 percent. WebOS Palm gain market share only 0.7 percent.

So from all this, Symbian has decreased to reach the highest share of 5.5 percent, followed by Windows Mobile and Linux. iPhone to get the biggest increase with 6.2 percent, two-fold increase 3.3 percent share of the BlackBerry, and Android 3.4 percent.
iPhone