Droid will be Upgraded to Android 2.1 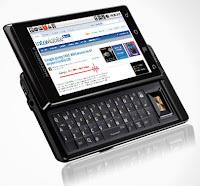 One of the smart phone Motorola, whose sales continue to rise, Droid, reportedly will undergo change, especially changes in the operating system.

Motorola will increase the class's Android OS to Android 2.1. This issue is discussed crowded, after Motorola on Facebook status, leading to changes in the mobile OS that is also known as Milestone.

"Happy, because Droid upgrade to Android 2.1 will begin this week," wrote Motorola on Facebook, which quoted from Engadget, Tuesday (9/2/2010).

"We still have other information about these devices, and will we share this information later," added Motorola.

However, not yet known whether the update this week, including to all users Droid, or only recently Droid handset.