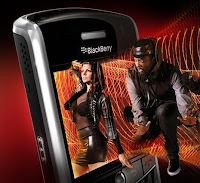 It's not unusual application, Research In Motion (RIM) wants the BlackBerry device is equipped with a super application. What does that mean?

The discussion about the increasingly strong Super Apps conducted by RIM in the Mobile World Congress 2010 in Barcelona, Spain, some time ago.

Super Apps is an application for BlackBerry devices more integrated with the existing capabilities of the device. This includes integration with Inbox, Calendar and other applications.