Top 10 Gadgets in The Last Decade 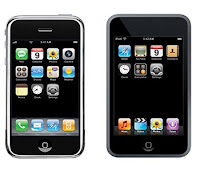 Last decade a variety of devices into the marketplace. Of several million devices available technology, there are 10 devices that became a favorite and be the best choice.

1. Apple iPod (2001)
Device uncontested in this decade is the Apple iPod music player. When started the first sold in October 2001 few people predicted that there would be a revolution in the way of listening to music. But the music player that can hold 1000 songs was also accused of destroying the music industry, because the application downloaded iTunes songs directly through the iPod has made an album in the market died.

2. Sky+ (2001)
Before Sky + present, the activity record your favorite television recording means using the menu on the VCR complex, as well dati endless round of VHS tapes. Sky + is a new breakthrough, with the ability to record video or hundreds of thousands of hours of programming in a single button. Users can even stop and repeat the live TV, or record each episose by using the function 'series link'.

3. USB sticks (2000)
The arrival of USB sticks is replacing floppy disks history. In 2000, IBM launched the DiskOnKey with up to 8MB of storage capacity, five times more than that offered by floppy. Since then the USB stick into the tool quickly and easily in sending data between computers, but able to store important documents. Modern USB has been able to accommodate up to scale GB of data.

4. Nintendo Wii (2006)
Nintendo is not expensive. But console games for the family to become a new generation of video games players. Through the motion sensor control system, users can direct their Wiimote controls to mimic any existing scene. More than 56 million Nintendo Wii have been sold worldwide.

5. BlackBerry (2002)
With the ability to retrieve email directly, the BlackBerry is the right tool for businesspeople who need to keep a relationship with the office at any time. With a variety of online features BlackBerry is still a different device to date.

6. Tom Tom Go (2004)
First if you want to go from place A to B will have to use the manual map. But with the complete code symbols, satellite navigation becomes easier for people with the help of TomTom Go.

7. Flip (2007)
Flip is the first miniature camera recorder is very lightweight and easy to operate. Flip is able to capture images for hours with very good quality using such a small device. The best feature is the USB slot that allows users directly edit the video and upload it on the internet.

8. Asus Eee PC (2007)
Eee PC makes a breakthrough in the netbook trend, in meeting the new requirements would be a cheap device, to send email, Internet access and tools to cultivate a kind word said. Asus Eee PC worth valued as a portable computer is a light, and worth less than $ 300.