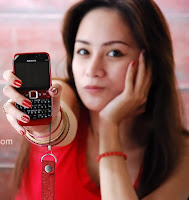 Nokia targets able to reach a market share of approximately 40 percent in 2010, with selling approximately 500 million units of mobile phones around the world.

"In 2010, Nokia will ship approximately 500 million units of mobile phones through three existing platforms. The numbers are able to generate approximately 40 percent marketshare in the world," said the director of the mobile unit of Nokia Rick Simonson, as quoted by Economic Times, Tuesday (5/1/2010).

This is a prediction that Nokia launched since last December 2, 2009. At that time, Nokia targeting market share growth of approximately 10 percent.

Although already survived with Symbian OS and the control of the mobile market in the last few periods, Nokia tried to use Maemo, which has been launched recently with the Nokia N900.
Nokia