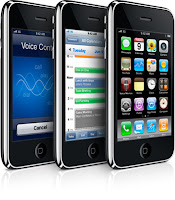 According to Brian Marshall of Broadpoint Amtech, if the calculation is complete, in 2009 and fourth quarter, Apple estimated to have sold 11.3 million phones. The number is 30 percent higher than the estimates of Wall Street analysts.

Marshall explains, the sales figures higher than previous estimates is due to the high sales of Apple's outside the United States. In the last three months of 2009, the number estimated to reach 8.8 million iPhones.

"Based on our analysis, we believe Apple now has a market in approximately 90 countries, with more than 140 operators who offer its products," Marshall said, as quoted from PCAdvisor, January 8, 2010.

"It adds a contribution to the service used by an estimated 1.73 billion subscribers around the world, which 29 percent or about 511 million of which were postpaid subscribers," said Marshall.

If the numbers are made Broadpoint Amtech accurate, it means that Apple's sales set a record again in the quarter. We have record quarterly iPhone sales reach 7.4 million units that occur in the third quarter of 2009.
iPhone