Growth of BlackBerry in Indonesia 500% 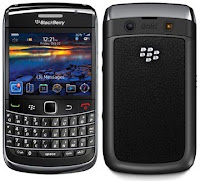 Based on registrations made by the user through the four operators who become partners Research In Motion (RIM), the total is known that BlackBerry users (Internet Service) in the country reached about 600 to 700 thousand.

Digit growth recorded at the same time BlackBerry users up to six times or 500 percent, compared to the end of 2008.

However, from the amount, Indonesia has not become the country's most lots using BlackBerry services in Asia.
BlackBerry