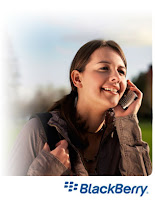 BlackBerry users asking desperately disappointed to occur on mikroblogging site Twitter. This was due to the collapse of basic services that smart phones can not be used to make properly.

From The Globe & Mail, Wednesday (23/12/2009), this incident hit BlackBerry subscribers in North America. Users in the U.S. State was reportedly unable to run the BlackBerry Messenger, browsing, up to a third-party applications integrated with the data connection.

This does not happen just this once, but week after a similar incident also occurred in North America, although this service interruption did not affect all service providers.

No doubt, a series of curses poured BlackBerry users who are bummed out. "what the **** is wrong with my blackberry ..... work already !!!!! ***** it!! not working either fuel wth !!!," said one BlackBerry user named Jeff on his Twitter account.

"Hmmm ... Blackberry being annoying, and limited service at my parents make me rather annoyed. Hopefully its fixed before my trip to GA on Th," added bwalizer, other Twitter users.

BlackBerry users this disappointment, pushing the subject of 'BlackBerry' entry in the top 10 major trending topics.

Responding to the anger of these users, Research In Motion (RIM) confirmed that it has made improvements to the system of error since Tuesday night in Canada.

"A number of BlackBerry subscribers in the United States had delayed delivery of the message. Our technical team was working to check and fix the problem. RIM apologize to customers for the inconvenience," said Jamie Ernst, a spokesman for RIM.
BlackBerry