LTE will be Number One in Asia-Pacific 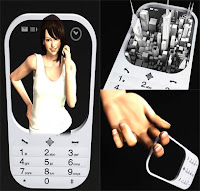 In the era of 4G, LTE will be present side by side with WiMAX. However, LTE is expected to more popular because more supported LTE mobile phone maker, which produces LTE handsets and modems.

Jump in demand for mobile internet connection high speed at the Asia Pacific region to encourage mobile operators to offer the technology to implement and more efficient connections.

IDC confirmed, the use of HSPA services in Asia Pacific rose rapidly in the last 18 months. HSPA is a relatively new technology. But until the end of 2009, IDC estimates that the use of HSPA in the Asia Pacific has been able to penetrate the numbers 43.6 million connections.

Theoretically, the technology promises HSPA downlink speed of up to 14.0 Mbps (megabits per second) and 5.8 Mbps uplink. In the standard 3G (third generation), the speed of HSPA is already very high.

But in the era of 4G (fourth generation), the speed HSPA apparently not high enough. Therefore, in the 4G era, the mobile operator is expected to replace the HSPA to LTE. 4G technology standard is not only LTE, because there are WiMAX technology (Worldwide Interoperability for Microwave Access). However, IDC estimates that LTE will be more widely used because LTE supported more giant mobile phone maker.
HSPA LTE