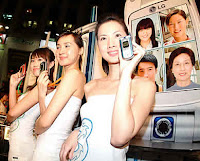 The presence of technology Long Term Evolution (LTE) is expected to attend the next year will not be evicted assessed the existence of 3G.

President of Qualcomm Southeast Asia and the Pacific, John Stefanac, ecosystems that have been made 3G technology is well established. This was based on the number of 3G users who have been through a number 885 million customers around the world.

Later John said that, if viewed from the side of players, a series of telecom operators in the world also has 3G support. LTE is still limited to trial.

LTE technology promises data speeds much faster than 3G. If 3G is only capable of playing in the 3.6 Mbps rate, the LTE can be up to 100 Mbps.
3G LTE