10 Applications to be Booming in the Future 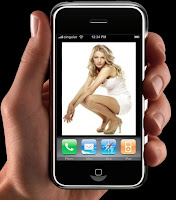 Research firm Gartner issued a list of 10 mobile applications that will boom in the future, especially so on market share mobile internet users continues to grow.

However, from Gartner released the list is not all surprising because not all of them belong to a new application. The reason is because, the technology has not been adopted widely used and the technology is still experiencing growth.

And following a full list of 10 mobile applications in future versions of Gartner: