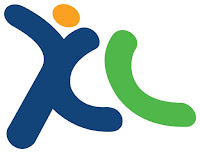 Since it was first launched 3G mobile service in September 2006, Excelcomindo has doubled the number of subscribers from 8.4 million to 24.7 million in June 2009. Network usage is also increased 10 times higher since the end of September 2006, from 25 minutes per customer per month to 268 minutes per customer per month in June 2009.
connectivity Network technology XL