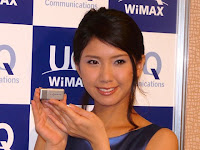 Telkom is aiming to launch its WiMAX network in the first quarter of next year, subject to receiving it license from the regulator, the company has confirmed.

The bidders all past the entry criteria which required a minimum roll out strategy as well as a commitment to ensure that at least 30% of the equipment used is manufactured locally.

The eight winners were taken from an initial seventy-three companies that expressed an interest in bidding. Each regional zone will have a maximum of two operators.

The Indonesian Internet Service Provider Association (APJII) has said that it expects internet access fees could drop by between 40 percent and 50 percent after WiMAX networks start their services next year. The APJII says there are 25 million Internet users in the country out of a population of 240 million.
Telkomsel WiMAX