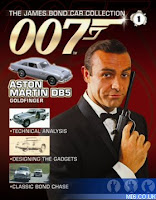 iPhone turns out, not only able to compete in the smartphone class only. But, Apple's mobile phone is also able to compete with the names of other products such as PlayStation or Rolex in the affairs of Branding.

In the UK the iPhone name, occupied the top for the most powerful business name and known. And for four consecutive years, the automotive brand Aston Martin, which is nothing but a car is often used James Bond continue sitting in the position of number one best brand. Thus was launched Telegraph, Monday (28/9/2009).

IPhone's position reflects the rise of technology and gadget development in British society. Not only the iPhone, Apple's name as a producer Gadgets and iPod products also occupy the top five positions for the best brand.

In addition, the names are synonymous with the world of technology such as Nintendo, YouTube, Blackberry, Google and PlayStation are also entered into a list of 20 best brand. This position is the result issued by an institution, CoolBrands.

Meanwhile, for the automotive industry in 2009 only contributed three names, namely, Aston Martin, Ferrari, and Mini.