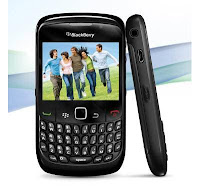 BlackBerry Gemini will be marketed officially by four operators (Indosat, Telkomsel, XL, and Axis) partner Research In Motion (RIM) the end of this September 2009. What are the features still on offer phones that have the original name of this BlackBerry Curve 8520?

In addition to the standard features of the BlackBerry Internet Service (BIS) to access 10 email accounts, as well as BlackBerry Enterprise Server (BES) for security features and enterprise administration, this phone offers new features for multimedia.

To support multimedia functions, RIM buried 2 MP digital camera with zoom function and video recording. In the system of operation is also provided the latest media player for music, pictures and videos with special media keys and a 3.5mm stereo headset jack.

Phones that use flash memory and 256 MB 512 MHz processor newest generation, it offers premium features such as voice activated dialing and Bluetooth 2.0 support for hands-free use with headsets, car kits, stereo headsets and other Bluetooth accessories.

Although the supplied 2 GB memory card in it, the memory can also be added by using a memory card slot hot swapable microSD / SDHC capacity to 32 GB.

To speed access, this phone is believed to still have a high speed though does not have 3G/HSDPA connection. This phone operates on the network EGDE / GPRS / GSM (850/900/1800/1900 MHz). For alternative connections, RIM also provides built-in Wi-Fi in Gemini.

No official statement announced by the four partners about RIM operators selling price of this bundling device. However, one of the officials to ensure the operator's sale price will not exceed Rp 3.5 million.
BlackBerry