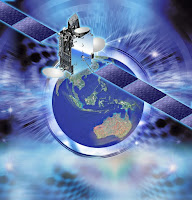 Indosat preparing to launch the satellite Palapa D at the end of August 2009 to replace the Palapa C2 satellite, which is the period immediately orbitnya ended in 2010-2011 period.

The initial preparation is done before the launch of satellite Indosat is, among other inaugurate the building on the Palapa satellite earth station controllers Jatiluhur, Purwakarta, West Java, Friday (14/2009).

Satellite Palapa D will have 40 transponder, more than Palapa C2 is only 36 transponder. About 40 percent will be used for the purposes of Indosat in the country, while the rest will be rented to outside parties Indosat, both from within and abroad.

Besides Indonesia, the scope of the satellite has a period of 15 years of operation this region can reach the regional countries in Asia, India, Japan, Middle East and Australia. Satellite Palapa D will be launched at Xichang, China, is made by Thales Alenia Space France, with a total cost of U.S. $ 230 million.
Satellite