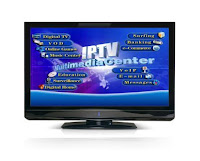 Telkom says ready to build triple play for voice, broadband and multimedia, including internet TV (IPTV), as much for the four million customers.

Upgrading the network triple play and IPTV is almost 50 percent of the total 8.7 million cable access connection that is connected to the customer.

However, the readiness of Telkom's infrastructure is not yet supported regulations for IPTV that has not been published by the government. This is, to make Telkom should delay the launch of services until the end of 2009.

Telkom are testing IPTV in five cities of Jakarta, Bandung, Surabaya, Yogyakarta and Denpasar. IPTV service will be launched after the regulations completed by the government.
IPTV