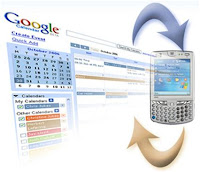 During this time, Google's applications can generally only be used on the Android mobile phone operating bersistem. But now, Research In Motion (Rim) has announced that the Google applications will be used in Blackbery, especially for the business user.

However, Blackberry users have little patience appears to be, because Google will release new software for the Blackberry phone to come in July.

However, this is certainly a good news for Blackberry users. Because Google Apps later access through the Blackberry is no longer only limited to the Gmail service standards, especially for facilities to each email and calendar.

Software that has the Google Apps Connector for Blackberry Enterprise Server is designed to offer better integration between the device with sticky software. Integration are realized in the form of access to corporate contact information, calendar entry, email and even Google Docs suite for tasks wordprocessing, spreadsheet, form, and presentation.
BlackBerry