Telkom Indonesia recorded on 675 of the Forbes Global 2000 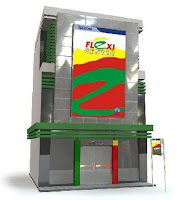 Telkom re-record the achievements of the International. National Company of its shares are also listed on the New York Stock Exchange (NYSE) and London Stock Exchange (LSE) is successfully entered into the Forbes Global 2000 for 2009.

Telkom recorded in the list of the Forbes Global 2000 is based on the amount of income, profits, assets and market value of Telkom is considered exceptional. Telkom has a market value reaching USD10, 60 billion, profit USD17, 41 billion, and assets reached USD 797.77 billion.

For Telkom, recorded at the Forbes Global 2000 list is the third time. However, this year is special because the ranking rose rapidly. At 2007, Forbes put Telkom in the 835 ranking as the largest public company in Indonesia, in 2008 rose to occupy the position of 729. In the year 2009, the ranking of Telkom rose again to become the order 675 or the highest ranking among the six Indonesian companies that enter the list of Forbes Global 2000.

Telkom at this time, continue to try to make the transformation to service-based business TIMES (Telecommunication, Information, Media, Entertainment and Segmented based services) to support the growth in understanding sustainable competitive growth.

Meanwhile, to provide assurance on the company's growth in the future, the various programs developed to encourage sustainable growth, among others, created the Flexi and Speedy as a new growth engine, business services and international business portfolio investment in overseas business through subsidiaries, the development of wide-band services, the application of new technology generation (NGN / Next Generation Network) and others.
Business