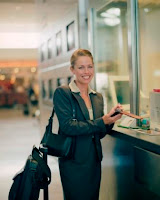 Telkomsel became the only 3G operator, of the five mobile operators in Indonesia, which got an additional 5 MHz frequency from the government, this year. With the addition of a frequency block, and that means the band 3G Telkomsel will be increased to 10 MHz.

With band of 10 MHz, Telkomsel will carry more flexible access to mobile broadband network services, known as Telkomsel Flash products. Users of this service has reached 260 thousand subscribers and the target of two million subscribers until the end of 2009.

WiMAX will be used as backhaul for rural access. While the LTE for the urban communities have a high mobility.
4G LTE WiMAX