The Indonesian Government will make WiMAX Tender in April - June 2009 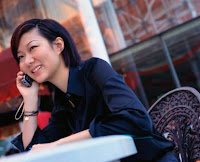 Meanwhile, the tender using the frequency band in the range of 2.3 GHz and 3.3 GHz, the majority or 75 persennya will be allocated for BWA nomadic WiMAX technology 16.d. While the remaining 25 percent for mobile WiMAX 16.e.


WiMAX is a wireless Internet network such as wifi, but range far more widely because it can up to 50 kilometers and faster access speeds than 3G. Access speed can reach 70 Mbps.

This is too much, so frequency obtained is limited, result in poor 3G service in Indonesia.

Learning from the 3G experience, where the latest mobile broadband internet access, at least because the available frequency channel. The government is expected to more selective and limit the mobile operator which performs WiMAX service.
WiMAX